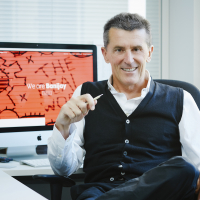 Bassetti serves as CEO of the world’s largest independent content producer and distributor, Banijay Group. With a catalogue that includes Survivor, Temptation Island, Shipwrecked, Catch!, Wife Swap, Versailles and Fort Boyard, the business operates across 16 territories globally with a portfolio that comprises of 62 production entities.

With a strong track-record in the international content business, entrepreneur Bassetti’s television career took off in the early 1980s, as an executive producer for Mondadori's Rete Quattro before moving to Mediaset. In 1986, he founded his own production company, La Italiana Produzioni, and a few years later, he set up Aran. Between 1994 and 1997, he was CEO of Pearson TV Italy and in December 1997, he started Endemol Italy, working as Managing Director and then President until May 2004, when he stepped down to dedicate more time to entrepreneurial activities in Italy and abroad. Still remaining on Endemol's International Board, in October 2007, he returned to the Group as COO and in August 2009, was appointed President before taking over the responsibility of Group CEO. Stepping down in 2012, he then opened Ambra Multimedia before, in 2013, taking on the role of CEO at Banijay Group. 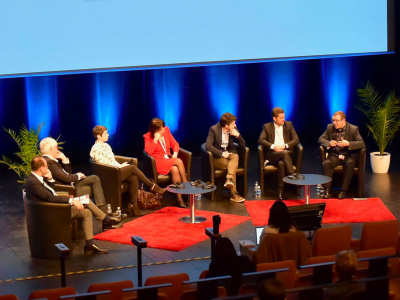 Back to Business : LEARN, MEET & LUNCH !